Breaking Down the Brewing Global Energy Crisis and Opportunities in Oil

Oil and gas prices have been on the rise, but what does this mean for passive investors?

One of the biggest contributors to the high-inflationary environment is high oil prices. This has caused us to really take a deeper look at what’s going on in the market. Are there some bigger trends at play that can create opportunities for investors?

Here we’ll dive into the global energy dynamics and the mega shift happening in the energy market. We’ll also really evaluate energy as an investment and the opportunity here.

A Shift in Oil Demand and Subsequent Decline in Oil Investment

Let’s start with a look at the dynamics surrounding the global narrative around oil and resulting production.

This chart maps out investment into energy projects globally since 2010, in billions of dollars. Across the globe, this increased from 2010 to 2014 with over trillion dollars per year in 2014. But  then suddenly in 2015, investment took a massive dive and has kept dropping until 2020, down 55% from its peak.

A brand new and dominant narrative surfaced that said fossil fuels had reached peak demand. And as surprising as that may sound, it’s not that unreasonable.

Because the push for fossil fuel conservation had been working, combined with low population growth and low economic growth throughout the Obama era, demand for fossil fuels was flattening.

This makes sense. If you believe that the demand for your product is going down, are you going to invest in a 50 billion development plan to build that product? No.

As a result, we’ve seen a dramatic reduction in supply and ability to produce fossil fuels, and long-term investments have declined 55% from 2014. Global energy production today is severely supply-constrained due to 6 or 7 years of disinvestment, with a prospect of no rapid increases.

We carried on this way with very slow demand for several years, up until 2020 when the pandemic hit. Partway through the year, we suddenly had very robust economic stimulus measures and a resurging economic demand. This demand hit up against a massively supply-constrained market. And that’s what happened now.

On top of this already supply-constrained energy market, layer on the Russian invasion of Ukraine and subsequent embargo has created a global energy supply shock.

What we’ve seen over the last 2 years is that oil production has not kept pace with post-COVID demand. Let’s look at this chart:

Since mid 2020, energy inventories are being drawn down and are not being replenished.

What happens after six quarters of inventory draws? You run out of inventory. Global inventory supplies today are at a record low.

Can the Oil Shortage Be Resolved?

Now a lot of people are hoping for a quick resolution. I believe even if there is a quick resolution, we won’t see a reversion to a pre-war scenario, essentially because of “Russification” of energy. No one is going to want Russian energy; certainly not the Europeans who are the most threatened.

This chart is from Goldman Sachs, a big Wall Street bank and one of the best research firms.

The graph shows global oil inventories, including products on water storage containers. You can see inventories have been declining since April of 2020, and have gone negative since August of 2021, meaning they’re drawing on reserves.

Some key notes from Goldman’s research:

High prices destroy demand. Now, maybe this is what people want on the environmental side, but it’s pretty devastating economically to our industry. There are pluses and minuses here.

Because there is just no additional supply. There are no spigots to turn on. And while America is one of the few places that has lots of additional capacity, it still takes many years to develop that capacity.

And here’s what that means: even in an economic slowdown, it won’t decrease demand enough to bring prices down. Because we’re so backlogged in our inventories and we’ve exhausted a lot of the reserves, it’s going to take some time to rebuild inventories, even if demand is reduced.

We also have to consider that demand is global. Even if America has a recession,  America’s not the world’s largest energy consumer. What about China as their economy is rebounding, or India or other places?

So basically they’re saying that this inventory shortfall is so severe, we’re looking at 2024+ to replenish, and our prediction at Aspen is that it’s beyond that.

The “Backwardation” of Oil Supply and Future Prices

This graph is also from Goldman:

Looking back over 20 years of energy price data, we are now at an extreme backwardation, which is a very rare phenomenon. This means that the oil price delivered today is much higher than the oil price that’s being delivered a year from now.

Normally oil prices go up over time to reflect increasing storage costs. So this backwardation is basically an indication of the extreme tightness in the oil market right now – there is simply not enough oil to be delivered to people who want it now, and they don’t want it a year from now.

People are paying a 30% premium to get oil today compared to what they would pay if they could wait a year to get it. So what does this mean? Historically, such supply shortages have led to large increases in the price of oil, as seen in the chart below.

The Impact of Russia-Ukraine War on Oil

All of that’s pre-war. Now if we add the Russia-Ukraine war outcomes, it’s very troubling. The below graphic is from Peter Zhan and shows the current global flow of oil.

Each line represents oil flows. One key thing to highlight is the oil flow coming from the United States. Many people don’t realize it, but the United States has been an oil exporter since the 90s and is actually the largest producer of oil in the world.

Another key from this graphic: Europe does not have an energy source in Europe, except for one north sea field. Europe’s primary energy supply has been coming from Russia. Of course if this gets cut off it causes a severe energy crisis in Europe. And there have already been dire warnings coming out as the Nord stream gas project has been cut off.

Because of the infrastructure required to transport oil, it’s not possible to simply reverse or divert flows. There are not a lot of places for Russian oil to go if it can’t go to Europe due to geopolitical issues.

How Will the Russian Impact on Oil Play Out in the Future?

We have a pretty severe crisis and we don’t know how it will play out. If war ends, Europe will still want to de-risk themselves by getting free of Russian oil.

We will see energy used as an economic weapon. Somebody will have a shortfall.

This graphic from Peter Zeihan illustrates how the energy map will be redrawn in 2025.

Three years from now we will likely see all African and Saudi Arabian flows being diverted to Europe and Asia suffering primarily from the lack of energy.

Peter also shows US exports are being stopped in the case of high oil prices. If oil energy prices are high in the United States, the US will turn off energy flows exports to keep its oil. That would depress US energy prices, but at the expense of the world economy.

If the US flows stop, it just exacerbates the shortage that started with disinvestment over the last 10 years. There will need to be a massive reinvestment in oil and gas.

And while we wish the “green revolution” of alternate energy sources was here, it simply is not ready, and if we wean the world off oil tomorrow, we’ll be going back to the dark ages.

This looming crisis is very troubling, there’s no way around that.

But, as investors, we can also benefit. One of the things you can be sure everybody’s going to need is energy. And I believe that prices will remain high. So potentially, yes, oil is a great investment. Even Warren Buffett, usually heralded for his forward-thinking, has now been investing in energy.

Here where we believe we’re at:

The bottom line is: I believe energy is a great investment at this time and represents a good opportunity for investors to get in.

We’re going to be evaluating some opportunities and ways to play this trend that are very attractive. Get on our email list if you want to be notified of future opportunities. 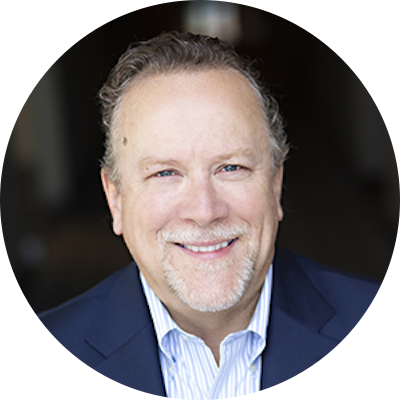 In 1995, Mr. Fraser founded NetSales, Inc., a back-office e-commerce provider. As a CEO, Mr. Fraser raised $44 million in investment capital, and guided the company to an average of 20% month-to-month revenue growth, becoming the metro area’s fastest growing company between 1997 and 1999.

Since 2002 Fraser has founded and served several non-profit organizations as a board member and CFO. Fraser has also been involved in a number of entrepreneurial initiatives, including book publishing, financial consulting, and an investment fund managing member. 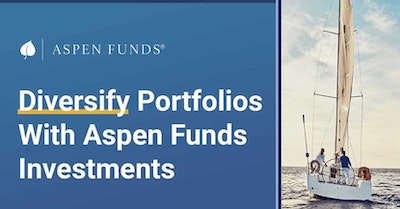 Originally written by Brandon Rossman and published on CardRates.com   In a Nutshell: Aspen Funds is a private fund for accredit…